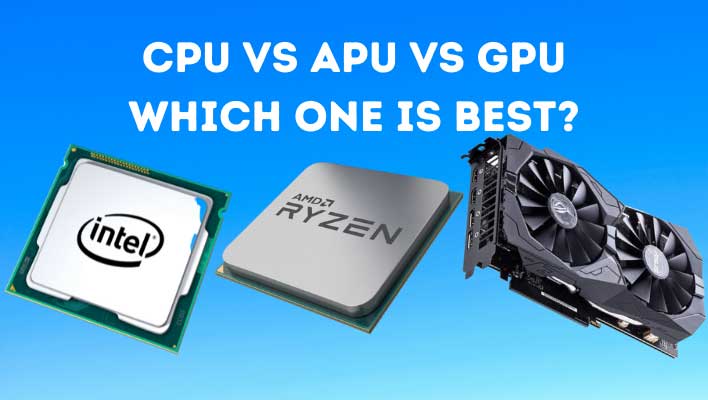 What would be the difference between an APU vs CPU vs GPU? What would be better? How do they differ, and what are their advantages?

The CPU is the brain of a computer, so it controls all the other computer components. APUs are AMD’s version of a CPU and GPU hybrid that can perform both tasks while being energy and cost-efficient, though not as powerful. Computing and rendering are handled by the GPU.

Unlike the CPU, an APU is equipped with a GPU as well. In addition, the majority of APUs support only PCIe x8 rather than x16. The slot and APU split the channels accordingly. Nevertheless, this may not affect graphics card performance at all.

What Is A CPU? 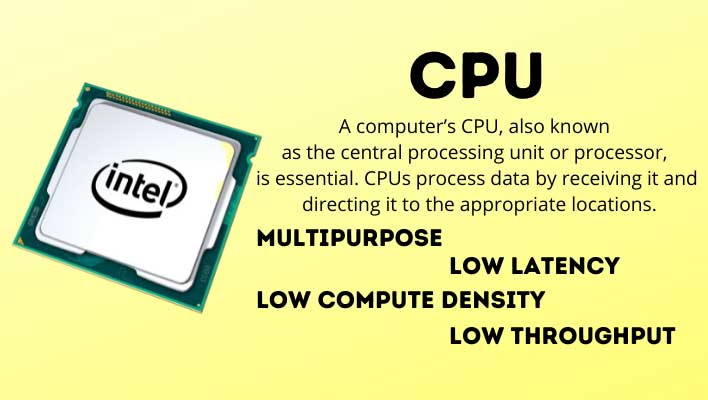 A computer’s CPU, also known as the central processing unit or processor, is essential. CPUs process data by receiving it and directing it to the appropriate locations. Instructions are sent by computer software and are executed by the CPU.

CPUs with more cores and threads will be able to handle more tasks at the same time, making them more productive. The faster the clock speed of a CPU, the more quickly its processing tasks are completed.

In general, these factors make the CPU’s capacity to handle data more significant, resulting in a smoother overall user experience. If you want to buy a High-Performance Home Server CPU then you must need to review our Post.

What Is An APU? 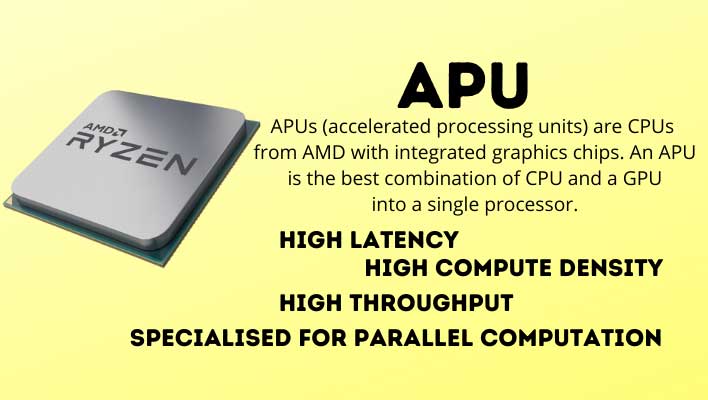 An APU is the best combination of CPU and a GPU into a single processor. Intel’s integrated chips did not provide the same graphical experience as AMD’s GPU architecture.

What Is A GPU? 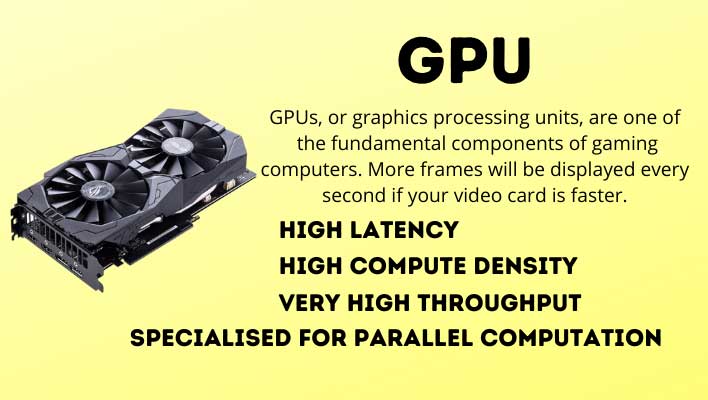 GPUs, or Graphics Processing Units, are one of the fundamental components of gaming computers. More frames will be displayed every second if your video card is faster.

Games require a graphics card with higher resolution since they are visually demanding.

Video cards are usually the most expensive part of gaming builds, making them a daunting task for gamers on a tight budget. Gaming performance is not always the best with cheap video cards.

Which Is better: CPU vs APU vs GPU?

If APU stood for Advanced Processing Unit, you would have thought that APUs would have a performance edge over discrete processors & GPUs, but they don’t.

Depending on the circumstances, the answer will vary. I believe a CPU and dedicated graphics card combo is preferable to an APU for the vast majority of users.

When it comes to gaming computers, APUs are a great way to bring two birds together with one stone if you don’t want to spend a lot of money on a new one.

In the end, APUs will never be an ideal choice for gamers. The high-resolution gaming capabilities of dedicated GPUs enable higher resolution gaming while eliminating the burden on the CPU.

It has been demonstrated that APUs are more powerful than CPUs because they incorporate both CPUs and GPUs into one unit. The integrated GPU means you do not need to buy a separate graphics card to make it work, so it usually has slightly less power than the equivalent CPU. APUs are also more energy-efficient. Because AMD APUs contain Radeon GPUs, they are more powerful than Intel’s integrated HD graphics.

In cases where you do not intend to purchase a graphics card and are only using your computer for basic tasks, or if you do not have the money to buy one now, you should consider getting an APU, combining a CPU and a dedicated graphics card is usually the best option for performance and value.