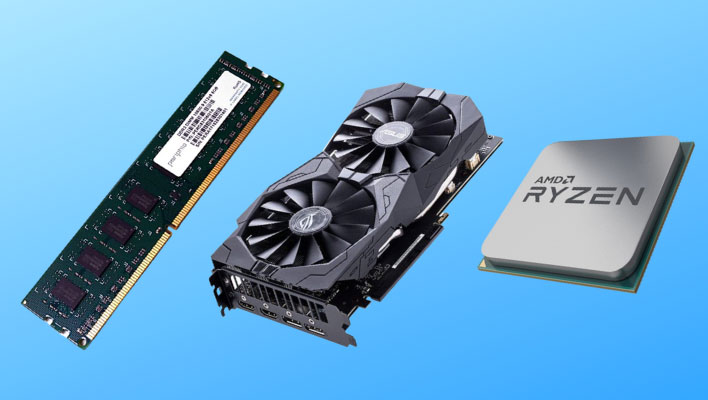 Processor and Ram both fall in the category of one of the computer’s most fundamental components. The question “What do you need? More ram or a faster processor” may vary according to the user’s requirements. The processor plays an essential role in managing the system and gaming process. On the other hand, ram stores the outcome of those processes carried out by the processor.

First, we talk about normal browsing and streaming. Which one is more important? And, the answer is “Ram.” Because in normal browsing and surfing on the internet. If we open the task manager, we will see high ram usage. Whereas internet browsers don’t put that much load on the processor.

For instance, Google Chrome occupies a large portion of ram usage. It is also considered a browser that requires four or more Gigabytes of Ram to function smoothly.

The ram is the main requirement of the browser. So, what needs to be upgraded in terms of internet surfing is the ram. You must need to read more about which one gives more output CPU vs GPU or a APU

If we talk about gaming, then we don’t have one answer. Because some games are CPU intensive, whereas others are Ram intensive. Ram-intensive games focus more on the ram instead of the CPU or hard drive.

Now moving further to the next problem, “More Ram or an SSD.” As we have discussed earlier, the usage or the purpose of the work determines what is needed to be upgraded.

SSD is the new technology that replaces standard old hard drives in terms of speed. Older hard drives perform very slowly in front of these new Solid-State Drives (SSD). The SSDs are faster because their RPM is clocked at higher rates than the hard drives.

It helps a lot in terms of gaming and normal interference to the computer.

If we talk about the preference of one product for another in terms of normal usage. Then SSD takes advantage of Ram. SSD operates much faster and opens tabs and programs at a much quicker pace. That makes it superior to ram.

But SSD has no tangible impact on internet surfing. It also plays a role in opening the internet browser faster than a regular hard drive, in addition to interference.

As mentioned earlier, Ram takes the game in terms of internet browsing in terms of speed and efficiency.

In terms of gaming, there are two perspectives here. Ram takes advantage of one, and Solid-State Drive (SSD) takes advantage of others. Now, for the first point, ram is more important for the majority of the games in order to hit 60 frames per second.

While on the other hand, SSD only reduces the loading and opening time of the games and programs. For instance, if a game loads in 5 minutes on a standard hard drive. It will load only in a minute on a solid-state drive (SSD). Now moving on to the third point of the article, we have the problem stated by the people. That is what should be upgraded if we can buy more Ram or a powerful Graphics Card (GPU).

There can be three scenarios if you want to choose between upgrading ram or a graphics card.

For Internet Surfing/Normal Interference with PC

If we want to consider any option for making our normal interference or internet surfing smoother. Then you should consider upgrading your ram instead of spending money on a new graphics card.

Because graphics cards won’t have any effect on faster interference or internet surfing as Ram would.

A significant reason for the up-gradation of the graphics card or Ram is gaming. All gamers want to do gaming at a minimum of 60 frames per second without lagging or stuttering.

In this case, ram and graphics cards both play important roles in gaming. Like some games need more Ram, or some are CPU intensive.

But Graphics cards dominate the 60 frames needed. GPUs are more important than Ram in terms of gaming.

So, Graphics cards (GPU) are more important here and win the cause.

Upgradation is needed when you shift from normal interference to freelancing or online work because online work is mainly related to video editing or writing. If you are a content writer. Then there is no need to upgrade your graphics card.

Because MSWord or Excel may put a burden on your ram, there is no need to upgrade your graphic card if you are a writer. But you can consider upgrading your ram.

But if you are a video editor or your work is related to unity or some other stuff. Then your Graphics card upgrade is necessary because the fundamental component in editing, gaming, and in-depth computer work is graphics cards.

Do I need a better processor for more RAM?

It depends on what you’re using your computer for and how much RAM you currently have. If you’re running a lot of memory-intensive programs and are frequently running out of RAM, then adding more RAM can help. However, if your processor is outdated and not powerful enough to handle the programs you’re running, then upgrading your processor may be a better option. It’s also possible that you may need to upgrade both your processor and your RAM to fully address the issue.

Is RAM more important than cores?

Both RAM and cores are important for different reasons and it depends on the task you are performing.

RAM (Random Access Memory) is used to store data that the computer is currently using or processing, so having more RAM can help your computer run more efficiently and smoothly by allowing it to store more data in memory, which means less time is spent reading and writing to the hard drive.

Cores, on the other hand, refer to the number of processing units in a CPU (Central Processing Unit). Having more cores allows a computer to handle more complex tasks and can also improve multitasking performance.

So, it’s hard to say which one is more important, as it depends on the task you are trying to accomplish. In some cases, you may benefit from having more RAM, while in other cases, you may need more cores to run your applications efficiently.

Is processor or RAM more important for gaming?

A powerful processor is important for gaming because it handles the majority of the game’s calculations and physics. A faster processor can process these calculations more quickly, resulting in higher frame rates, better image quality, and more smooth gameplay.

Having enough RAM is also important for gaming, as it allows the computer to store more data in memory, which means less time is spent reading and writing to the hard drive. This can result in faster loading times and less lag during gameplay. However, the amount of RAM required for gaming will vary depending on the game and the resolution you are playing at.

So, to sum up, a powerful processor is generally considered more important for gaming performance, but having enough RAM is also essential to ensure smooth gameplay.

Do I need more RAM if I have SSD?

An SSD (solid-state drive) can improve the overall performance of a computer, but it doesn’t necessarily mean that you don’t need more RAM.

An SSD can speed up boot times, improve the loading times of large files and applications, and increase the overall system responsiveness. However, it does not directly affect the amount of memory available for running programs.

RAM, on the other hand, is used to store data that the computer is currently using or processing. Having more RAM can help your computer run more efficiently by allowing it to store more data in memory, which means less time is spent reading and writing to the hard drive.

So, even if you have an SSD, you may still need more RAM if you’re running memory-intensive programs and are frequently running out of RAM.

In general, it’s a good idea to have a balance between a sufficient amount of RAM and a fast storage solution like an SSD to get the best performance out of your computer.

More RAM will not directly increase GPU (graphics processing unit) performance. The GPU is responsible for rendering images and graphics, while RAM is used to store data that the computer is currently using or processing.

Having more RAM can help your computer run more efficiently by allowing it to store more data in memory, which means less time is spent reading and writing to the hard drive. This can result in faster loading times and less lag during gameplay, but it does not affect the performance of the GPU itself.

However, in some cases, having more RAM can help the GPU to perform better. When you have a GPU with a limited amount of VRAM (Video Random Access Memory), and you run a game or application that requires more VRAM than what is available on your GPU, then the system will use the main RAM as a virtual memory which can lead to a decrease in performance.

So, we have analyzed a number of points and concerns of users when they want to upgrade their computer components. Some of the covered topics are.

Some of the Other Related Articles