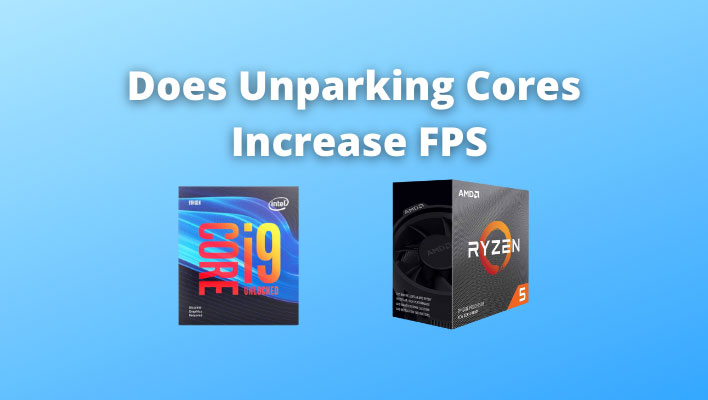 Core parking is a term that not everyone is familiar with. however, Core parking is defined as the computer’s low-power mode. It is the phenomenon of putting your personal computer in a state of sleep to save energy and lower the emission of heat from it. This feature is available in the latest models such as Windows 7, 8, and 10. This feature was launched for the first time in 2008 by Windows Server 2008 R2.

Core unparking is the phenomenon opposite to core parking. In this case, a person forcefully unparks the core that was initially sparked by the operating system to lower the use of the computer’s energy and power. The computer did not need the core for its smooth running, but it was done intentionally by the user.

You must need to read more about Which one is better Ram or processor, CPU vs APU and high-performance Home Sever CPU.

How Parking and Unparking Work?

Core parking works, enabling the operating system to shut down unnecessary cores and preventing them from threading which lowers the consumption of power of one’s computer. It is helpful so that your computer’s power is saved and the heat loss is minimized. This quality of the pc is brought into action when both the scheduler and the power management engine of the processor come together to work. The scheduler chooses which cores should be allowed to run threads (a core division into multiple cores: dual cores can have four threads). The said partners choose a minimum number of cores to run threads and minimize power consumption as much as possible.

The cores in the parking state are idle, I.e., they do not have to be turned on for work. The cores that are left unparked have all the work burden on their shoulders. This feature is essential in helping a computer in the case of low-power modes.

The word “fps” stands for “frames per second.” This phenomenon is mainly used in gaming. The more frames that can be fixed into a screen of the computing device per second, the fewer there are glitches. This results in smooth on-screen motion. In gaming terms, a more significant number of fps results in a smoother game. For example, a screen with 120 fps will give you a better experience than a 30 fps one. A-frame rate with an fps lower than 30 fps will result in many glitches and give you a choppy experience.

A well-known concern among the public is, does Unparking Cores Increase FPS? Well, yes. It does. Since we will have all the cores unparked, the computer will not be energy-saving or in the lower power mode. With the cores unparked, some gamers have claimed to have the FPS increased by up to 20%. Others argued that they witnessed no such change. Some also came forward to say that the FPS was somewhat decreased.

The correct answer to this is, it’s a rare case. Experts say that it may not have any effect on your PC. This is because Windows has started to work smarter and automatically turns off and on the cores it wishes.

If your CPU becomes too hot and you want to know about it (What happens when CPU Overheats), (How to Clean CPU Pins)

The case is different with different games and windows. In the case of Windows 7, the thought of unpacking your core is a rather good idea. Moreover, unparking your cores because your hardware is older is, once again, a worth-considering idea. You can see the differences for yourself by uploading games before and after you have unpacked the cores.

The very famous game, Counter-strike: Global offensive, came forward to put their thoughts to the table. They came with claims that the FPS increased up to 10% for the game. Since it is a worldly proclaimed game that is overjoyed, it was a good initiative for gamers.

For the latest Windows 10 user, unparking cores may not be very beneficial to you, but it is worth giving a shot. This may not give life-changing results to you but will undoubtedly result in a somehow smooth gaming experience. It will not increase the FPS but will instead stop the game’s stuttering, giving you a better ordeal.

What does unparking CPU cores do?

Unparking CPU cores means enabling or activating cores on a multi-core processor that may have been previously disabled or “parked” by the operating system. This can be done using a software tool such as Process Lasso or Intel’s Core Parking Manager. When CPU cores are unparked, they are able to process tasks and instructions, which can improve the overall performance of the computer. However, it can also increase power consumption and generate more heat.

Should you park cores?

Whether or not you should park cores depends on your specific use case and needs. Core parking is a feature that is designed to conserve energy by disabling or “parking” cores on a multi-core processor when they are not in use. This can help to reduce power consumption and generate less heat, which can be beneficial for laptops or other mobile devices.

On the other hand, for systems that are often running demanding tasks, such as gaming, video editing, and rendering, unparking cores can improve performance.

It’s worth noting that whether you park or unpark cores also depends on the operating system you are using. Some operating systems have built-in core parking features that automatically adjust the number of active cores based on the system’s workload, while others do not.

It’s best to test both scenarios and see which one works better for you and your usage.

Does core parking save power?

Core parking is a feature in modern processors that allows the operating system to selectively turn off or “park” certain cores when they are not in use, in order to save power. This can help to reduce power consumption and improve battery life on laptops and other mobile devices. However, it is important to note that core parking can also have an impact on performance, as it can cause delays when a parked core needs to be woken up to perform a task. Additionally, core parking may not be as effective on desktop computers where performance is more important than power savings.

Should I disable cores for gaming?

It is generally not recommended to disable cores for gaming, as having more cores can generally improve performance. Games that are heavily reliant on the CPU, such as strategy games and simulators, tend to benefit more from multiple cores than games that are more GPU-dependent, such as first-person shooters.

However, it’s important to note that the specific number of cores and their clock speed isn’t the only factors that determine gaming performance. The graphics card, memory, and storage, among other components, also play a role in overall gaming performance.

Additionally, the operating system and other background processes also consume some of the CPU resources, and disabling cores may lead to reduced performance in these areas which could affect the overall gaming performance.

It’s best to try to find the best balance between performance and energy efficiency, rather than disabling cores. It’s also worth noting that some games might not be optimized for multi-core systems and that disabling cores may not bring any benefits in those cases.

Unparking CPU cores, also known as disabling core parking, is generally considered safe and does not cause any harm to the processor or the computer. It is a feature that is built into modern processors and can be controlled by the operating system or through third-party software. However, it is important to note that disabling core parking can have an impact on power consumption and battery life on mobile devices. Additionally, disabling core parking may result in a performance boost for some applications, but it may also cause performance degradation for others.

It is always recommended to use a software that gives you control over core parking and also gives you a good idea of the impact of your settings on your system performance and power consumption.

To summarize this topic, we will give our final stance on whether Unparking Cores Increase FPS? Unparking the cores of the processor will not increase the fps (frames per second) for you. But the good news is that your gaming experience will get better. It will be smoother. The reason is the fact that the stuttering will slow down. Stutter happens when cores shift from parking to unparking because the operating system requires them to create threads as more work is needed.

Another take that people have on this matter, one should not bother playing with their computer and try to unpark the cores. The reason behind this one is the fact that Windows has made itself quite smart and knows when parking and unparking are required. Technological advancements have made it easier for humans and made it possible to limit human exposure to simple processes.

We are not sure if it can do wonders, as some say, or just a useless piece of advice we across on the internet. There are various manuals present on the internet on how to unpack your processor cores. It is worth giving a shot to know the differences it can make if any.